Sorry guys, no time for an introduction, I’m about to head out and drink some wine and eat BBQ food, enjoy my 2nd post about my pretty awesome summer!

So, we’d booked this place while enjoying one of our free beers at Hangout Hostel in HoChiMinh. We’d not really had any recommendations from people for MuiNe, and to be honest, hardly anyone we’d spoken to had even bothered to go there. We were trawling through Hostelworld when we found it, and we booked it in a second. The reason? For both of us, for one night, ON THE BEACH was 1 USD… WHAAATTT?! 1 USD is roughly 75p. 75 pennies for the both of us to stay on a beach, in Vietnam. Erm…YES PLEASE. We couldn’t believe it. Sure, we were going to be staying in a tent, with no AC or fan, in an Asian country in the middle of summer, but, it would be totally worth it right?….Right?!

After we got off the bus in the strange little nothing town of MuiNe, we dragged our bags into a restaurant where we sat for a little while, trying to figure out how we were supposed to get to the hostel. It was hot, really hot. We were hungover, really hungover. And we were about 15km away from our destination… We spoke to a few taxi drivers and they all gave us an extortionate price, because “it so far! Very very long way. You know how far?! Very far!”…. We eventually worked out which public bus to take (bus #1 with blue and white stripes), thanks to a lovely lady we passed on the street, and we hopped on, found a seat each in the tiny cramped, rickety public mini bus (it hardly stopped for people to get on and off, but that wasn’t such a problem, when there was no door.)

We jumped out after about 20 minutes and were outside, what seemed to be, a very upmarket beach resort. For 1usd?! We got this place?! Hell yeah, that will cure a hangover any day! We wandered in, feeling very out of place, just to be told, that we were, in fact, definitely in the wrong place. The hostel side of LongSon was next door, we genuinely had stumbled into a fancy resort looking like trash with our backpacks on… We came to the “hostel” side and felt much more welcomed and at home. There were a couple of western dudes in shorts, vest tops and barefooted messing around with some puppies to check us in. There must have been about 30 tents pitched up under the trees between the reception and a giant longhouse which faced onto the beach. It was perfect! We were shown to our tent (Bd03), which was literally, like, actually on the beach, and only had a few neighbours, unlike the ones on the grass! Again, all for 1usd?! Seems crazy, but apparently it was just a Friday promotion they do each week, what a heck of a promotion! We’d only booked one night, but depending on how much we got done and how we liked it, we were tempted for stay for a second.

Alice grabbed some food (I was still too rough to stomach anything), and then we finally went in the sea! It felt SO.DAMN.GOOD! If there’s anything I’ve learnt about myself while travelling, it’s that time in the ocean will cure even the worst hangover… and it did! The water was incredible (weirdly globular when you threw it in the air, it made really well formed shapes, which kept us entertained like two small children for a good while), the beach was stunning, and we had it pretty much all to ourselves. After a fair amount of time, and one lost anklet, we moved on to chill out in the “communal area” which was in the big long house beach hut that served as a bar, restaurant, chill out area, games space, and movie room… It was lined with crate-chairs, sofas and beanbags for the guests and pups to relax on and get a break from the sun.

We booked onto a tour for the next day (not the 5am one, we’re not that keen), and discussed what we wanted to do about the next night: Stay closer into town, move on to the next place, or try and get another night at LongSon?

We agreed that this place was too beautiful and chill to leave after only one night, but unfortunately the tents on the beach were all full up, so we were booked into Sunrise Open-dorm for the following night.

We spent our evening on the beach and in the relaxing area, keeping Alice awake (jetlag), and then treated ourselves to a 9pm milkshake and potato skins order before retiring to our sweltering tent on the beach. After Alice almost killing us with bug spray, and using my mini fan to keep ourselves alive, we finally got some sleep. I won’t lie, it wasn’t the best night I’ve ever had in my life, but being able to wake up, step over Alice and out of our tent, to instantly have my feet in some beautiful Vietnamese sand with the ocean right there, it was totally worth it.

I put on my swim stuff, grabbed my book and towel and by 6.30am I was relaxing on a colourful swing made from crates looking out over the beach and sea. This is it, I thought, this is why I love my life. Shit, I’m so damn lucky. I spent my morning dipping in and out of the water and reading on the beach (I was reading a really interesting insane book called Unwind, by Neal Shusterman ). Alice came to join me after a few hours, we had a swim, a relax and grabbed some breakfast (you guessed it, eggs and bread), before getting sunburnt on the beach and moving our things into our open-dorm. 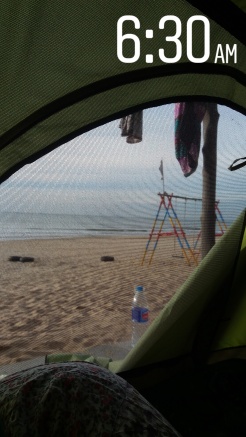 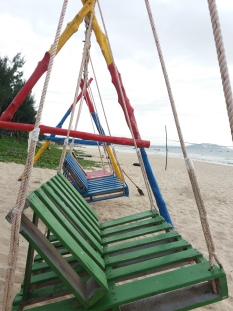 Later in the day, 45minutes after the designated time, we were picked up in a dishevelled yellow jeep for our tour of the MuiNe sights. As we were picked up, and said our goodbyes to the pile of puppies at reception, it started to rain… The driver dude didn’t really speak English at all, so we had no idea what was going on as we drove along the roads and picked up a few more people. The tour we’d booked onto had a few different stops, first up was:

The driver stopped, got out the jeep, pointed down an alley and said “That way”. That was all the information and direction we were given. Confused and a little concerned, we walked in the direction he said, we were told to pay 5000vnd (roughly 16p), made to leave our flip-flops on a shelf, and we were, again, pointed in a general direction. We made our way down a little incline and we were supposedly in the Fairy Stream. To say we were disappointed would be a massive understatement. It was basically a very, very shallow stream that was orangey/brown in colour, and full of people walking down. We had no idea what we were supposed to do in this stream so we just sort of followed the crowds and walked in the stream until we turned a corner and were suddenly surrounded by huge deep red sand dunes and contrasting bright white rock faces. The stream itself was crap, I’ll happily say that and stand by it, but the parts surrounding it were beautiful! The sand was a colour I’d never seen before and the rocks were really weird, “I wonder why the rocks are like that. I’ll be able to tell you next year when I’m a geography teacher!” – Alice HD 2017. 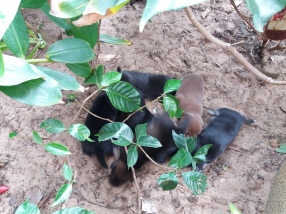 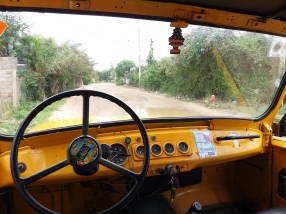 Alice also attempted to run directly up one of the red sand dunes, it didn’t go too well, but was a solid effort. We walked all the way to the end to the even more disappointing “waterfall”, and then had to quickly make our way back to the jeep before he left without us.

When we were back in the jeep, more people had joined us, including a rather odd British guy and his Vietnamese wife. Let’s just say he was a talker, a real talker. Next stop on our tour was:

This was even worse, so much worse than the Fairy Stream. Like, this was bad. This is not somewhere I would want to purposefully take tourists. It was a disgusting, filthy, smelly beach covered in crap and dead fish/crabs with rubbish everywhere. It was terrible. I took a shell. No more to be said. 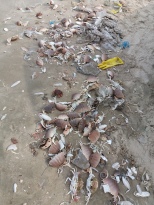 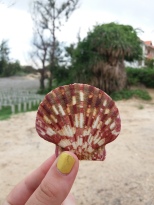 We got to the car park and were told by another tour guide that if we wanted a ride up to the top/other side on either a jeep or quad bike, it would cost us, oh I don’t know, roughly a BILLION pounds. Obviously me and Alice were not going to pay anything, so we just walked through the gate and onto the sand. It was insane. Like really really fucking cool. To our left there was greenery, a lake and hills, to our right there was nothing to see but sand, so. much. sand. As we were walking up the smaller dunes, it reminded me of going sledging as a kid, the difficult walk up to the top, ready for the ride down. But this time, there would be no ride down, and it was hot as hell. The view was incredible though. We sat there for a good while taking it all in, the sheer size of it all. We watched as the jeeps and quads razzed around on the dunes and sat there until we were getting sandblasted so much we couldn’t take it anymore. 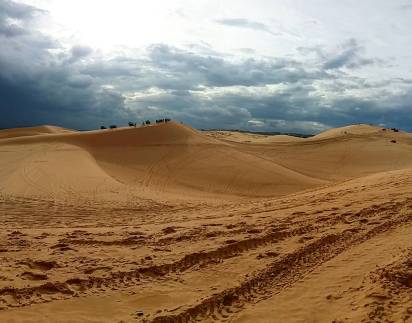 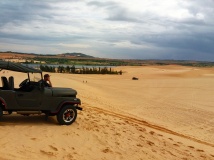 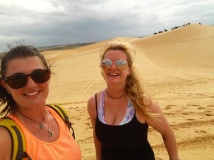 On our drive away from the dunes, our driver managed to communicate that it was going to rain heavily, so would we like to be dropped off at home, or carry on to the Red Sand Dunes? We chose home. We were shattered and drained from the up and down events of the day!

We booked a bus for the next morning with the guys at reception, sensibly said no to the bar crawl (Ho Chi Minh still had a hold on us), and spent the evening curled up in the long house, sheltered from the absolutely torrential rain (thank god we weren’t in the tent that night), and finally, we crashed out on our mattresses in the open-dorm ready for our (semi) early start the next day. 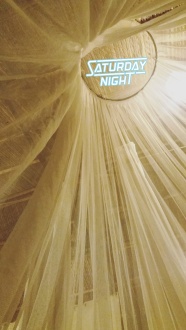 Wild Saturday night: on a matress on the floor, in a bug net

Anyone we met along our way travelling north through Vietnam, we told them to stay here. “Stay at LongSon MuiNe, tents on the beach, cool chill out area, and a shit load of super cute puppies!”

Despite the somewhat disappointing tour, we loved our stay here, and it was probably one of, if not my favourite place we stayed throughout our trip. We even got a free decal sticker at check-out!

This place. That beach. That sea. Those pups.

Ugh, take me back now please.